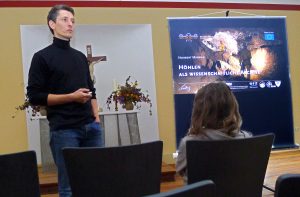 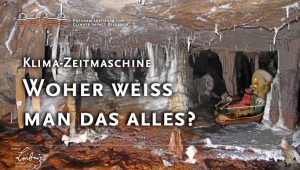 Together with students, Norbert has presented our work at the Long Night of Science in Berlin & Potsdam. The exhibition “The Climate Time Machine” at the Potsdam Insitute for Climate Impact Research (PIK) was together with the modellers group of the PIK who presented a palaeoclimate model (analyzing the impact of a cretaceous meteorite impact and the dinosaurs extinction). The second part of the “Climate Time Machine” was on palaeoclimate archives, including lake sediments and stalagmites. The public interest was amazing. Instead of presenting only numbers and computer graphs, the palaeoclimate was for touching as we were presenting real samples of a stalagmite and lake sediments as well as caving equipment. 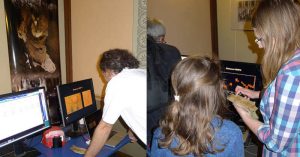 With several poster and oral presentations the QUEST team has presented its work at the general assembly of the European Geoscience Union in Vienna, April 24–28, 2017. 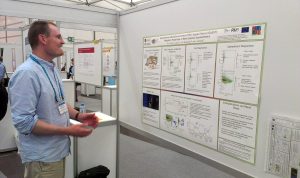 We will present our work at the EGU conference in Vienna: 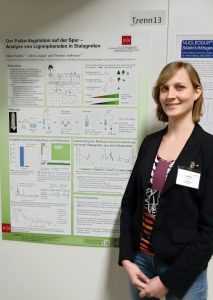 Inken with her awarded poster.

Our study on the equatorial rain belt displacement by analyzing data from a stalagmite collected in the Yok Balum Cave, Belize, is now published in Scientific Reports.

Norbert contributed to the Sydney Chapman Chair Seminar series “Complex Systems Science Meets Arctic Science” at the University of Fairbanks, Alaska, 28 Feb 2017 and 2 March 2017: One lecture on recurrence plot analyses for the scienific experts and one lecture on “Caves as scientific archives” for the non-expert audience, but both related to research performed within QUEST. 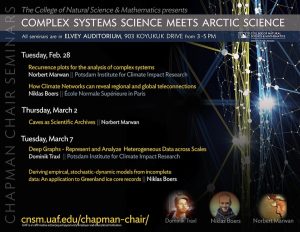 There was opportunity to visit the one and only permafrost tunnel of the world. 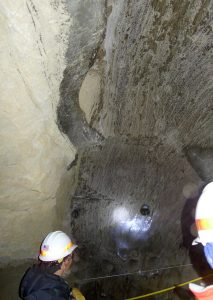 Ice wedge in the permafrost tunnel.

The first publication by members of the QUEST team (Norbert & Seb) has recently been published in Nature Communications on a giant see-saw in the monsoonal realm. Find the paper here: http://www.nature.com/articles/ncomms12929

A press release has also been published by PIK Potsdam:

Seb presented QUEST in an invited public lecture on the 6th of May 2016 at the VdHK General Assembly in the Harz Mountains. The lecture on “Climate reconstructions from caves and the importance of climate monitoring in caves” appealed to the German speleologists to support scientific monitoring efforts in caves. A lively questioning-answering session helped to explain the importance of monitoring and the roles non-scientists can play in scientific projects. The talk and discussion got great feedback from the community.